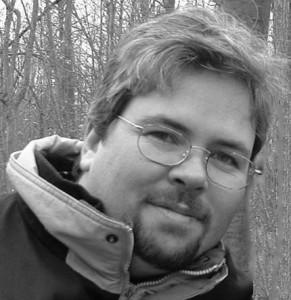 Originally from Quebec city, John David Hickey has been living in Montreal area since 1993. He received his Bachelor of Arts in English (specialization in Professional Writing) from the Université de Sherbrooke in December of 1992. Click here to see his LinkedIn profile.

David started freelancing his work early on in his career, working with variety of clients which included Bell Sygma/Canada, CGI, Walsh Automation, Canadian National, Farabi, and Teleglobe. Some businesses were small, some were huge, but all of them had complex technology or human process that needed to be clearly documented.

David incorporated Documentia Inc. in 2003 and has worked on projects as a solo writer or as a project manager. Documentia Inc. can handle large or small projects that require one or more writers to complete.

David is also a storyteller and performs in schools, festivals, events, and just about anywhere where people want to hear a good story. You can read more about this storytelling career on his website.